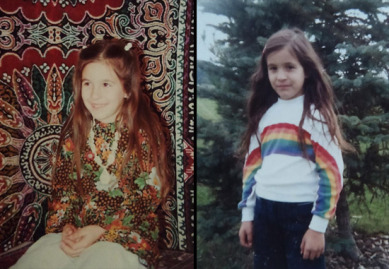 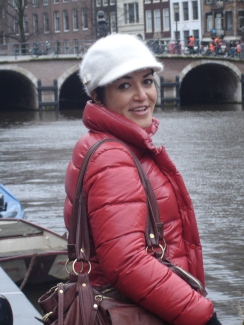 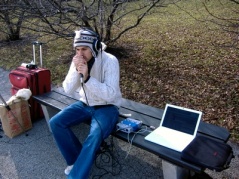 Afghan American Artists and Writers Association (AAAWA) was created to foster the growth and disseminate the works of artists and writers of Afghan descent. AAAWA aims to create a community that will support the creative work of one another through the organization of events, creative workshops and professional development programs. AAAWA is a non-profit organization based in New York.

Here are some of the writers in our network:

Naheed Elyasi was born in Afghanistan and her family fled soon after the invasion of the Soviet Union.

She grew up in North Carolina in a very insular family and culture, and her only real exposure to Americans was at school and by watching Lifestyles of the Rich and Famous with Robin Leach.  She still dreams of having her own private island, a yacht with a golden toilet, along with “champagne wishes and caviar dreams” for the rest of her life!

Her love for fashion brought her to New York in 1999, where she worked as an assistant designer at Maggy London and in the production department at Marc Jacobs.  She eventually left fashion to pursue a career in not for profit, and joined School of Hope, an organization that raised funds for education in Afghanistan.

Naheed is currently a Communications and Marketing Executive with over 10 years of experience in both the corporate and non-profit sectors, and has been a contributing writer for Zeba Magazine, the first lifestyle Magazine for the Afghan Diaspora.  She is also founder of Burqa and Stilletos an online community to empower Middle Eastern and South Asian women. Naheed’s writings are included in The Anthology of Contemporary Afghan American Literature (forthcoming).  She lives in New York City and is a self-proclaimed rebel at heart.  Her interests include photography, traveling and discovering the world (she has traveled to more than 20 countries), the performing arts, and writing.   Her passion for writing is born out of a need to give expression to the voiceless.

Yusuf Misdaq is a Afghan writer, poet, musician and filmmaker born and raised by the sea in Brighton, England. He moved to the USA in 2008 both to complete poetry work and begin searching more seriously. In this regard, he has traveled across the USA by train twice and greatly enjoyed Kansas City and Alberquerque.

The author of 6 poetry books, and three novels, Misdaq has also released released three LP’s of music and numerous other experimental documentary films. He has described his work as, “meditations on what stillness does.”

He currently lives in New York City, Washington DC, and numerous other dark dwellings that offer him shelter from the storm, thus enabling him to perform his experiments with words, speaking real magic like birds. 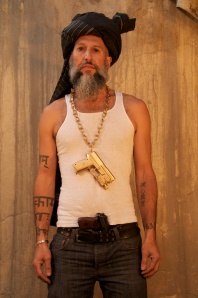 Aman Mojadidi has studied and trained in Cultural Anthropology, with a B.A.-Honors degree concentrated in Third World Development issues and an M.A.-Honors with emphases in Central Asia and Afghanistan, conflict, and the cultural politics of identity.

As a writer and visual artist, his work focuses on the human experience as understood through interactions and confrontations, both internal and external, with personal, social, political, and cultural conflict. Through and across the different stories and works, one can find threads of cultural tradition (be they real, imagined, invented), identity, politics, diasporas, humanitarianism, war, and reconstruction weaving reflections, often contradictory, of humanity; a humanity which finds itself in a post-modern world that is simultaneously globalizing and fracturing, forcing us to confront each other and ourselves in ways we have yet to learn or understand. Aman is currently Director of Culture & Heritage at Turquoise Mountain, an NGO dedicated to the promotion and development of arts and culture in Afghanistan.

Sahar Muradi is a writer and performer born in Kabul, Afghanistan.  She is co-editor of One Story, Thirty Stories: An Anthology of Contemporary Afghan American Literature (University of Arkansas Press) and an Organizing Fellow for the Open City Project, a community-based writing project through the Asian American Writers’ Workshop.  Her writing has been featured in literary journals and on public radio.  Her theatre credits include a devised adaptation of “Masque of the Red Death” through HiveMind Theatre and a production of “Undocumented” through Unboxed Voices.

In 2003, Sahar returned to Afghanistan, where she worked for two years. At the Afghan Ministry of Foreign Affairs, she helped coordinate the Berlin Donor Conference, as well as administer a government capacity building program.  In 2005, she served as the director of a civil society development program at the Foundation for Culture and Civil Society.  For several years after, she worked in global youth development at the US-based nonprofit organization, buildOn, where she lead public high school students on international service trips to help build schools. She is currently a copywriter living in New York City.

Sahar has an M.P.A. in international development from New York University and a B.A. in literature and creative writing from Hampshire College.

Wazhmah Osman is a writer and filmmaker who travels frequently between NYC and Kabul.  As a PhD candidate in New York University’s department of Media, Culture, and Communication, she is allegedly finishing her dissertation “Thinking Outside the Box: Television and the Afghan Culture Wars”.  She is definitely not engaging in timely artistic, activist, and political pursuits such as this one.  Her short film Buried Alive: Afghan Women Under the Taliban was widely circulated by human rights organizations and her critically acclaimed feature, Postcards from Tora Bora, has screened in film festivals nationally and internationally.  For more information please visit www.postcardsfromtorabora.com. 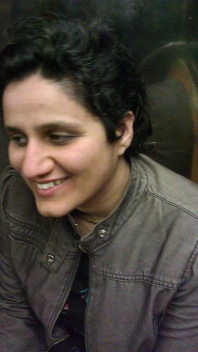 LAIMAH OSMAN is a Brooklyn-based multi-media artist who explores politics of representation as it ties to culture, race and gender.  In her current work, Laimah appropriates pictures from newspapers, primarily depicting The War On Terror that followed 9/11/2001. Ten years later, she continues to archive and manipulate pictures from the ongoing wars in Central Asia. She uses this imagery as a starting point, reprinting them onto different papers, drawing, using collage to erase the existing picture and ultimately reframe the image to form new narratives.

Zohra Saed is a Brooklyn-based poet, academic and editor. She holds an M.F.A in Poetry from Brooklyn College and is currently a Ph.D. Candidate in English at The City University of New York Graduate Center. Her poetry and essays have been published in numerous anthologies and journals. Some publications include: This Day: Diaries of American Women (2002); Chosen Shore: Stories of Immigrants (U. California Press: 2004); Shattering the Stereotypes: Muslim Women Speak Out (Olive Branch Press: 2005); Cut Loose (Rutgers U. Press: 2006); Voices of Resistance: Muslim Women on War, Faith and Sexuality (Seal Press: 2006); Cheers to Muses: Contemporary Works by Asian American Women (AAWAA: 2007); Gallerie International Journal: Afghanistan  (India: 2009); and in Speaking for Herself: Asian Women’s Writings (Penguin India Books: 2009). She has performed as part of the cast of the theater director Ping Chong’s Undesirable Elements in 2000 and in 2007, where the ensemble caste performed at the first National Asian American Theater Festival. The full script was published in: New York Theater Review 2008 Ed. Brook Stowe.

Gazelle Samizay is an artist who works predominantly in video and photography. Born in Kabul, Afghanistan, and now residing in the United States, Samizay’s work explores the intersection of her Afghan heritage and American upbringing, touching on both the personal and sociopolitical. Her photographs and videos have been exhibited across the US and internationally, including Brazil, Colombia, Indonesia, Pakistan, Peru, and the UK. In addition to her studio practice, she has taught courses in Afghanistan, Jordan and the U.S. She is a recipient of the Princess Grace Experimental Film Honoraria, the Peter Treistman Creative Project Award, and the Centennial Achievement Award, among others. Currently, she is pursuing her Master’s in Fine Arts at the University of Arizona in Tucson. Click HERE for her official website.

Helena was born in Flushing, New York and has been living in the city for about seven years. She is currently pursuing a second MA in anthropology at the New School for Social Research. She received her first MA in Near Eastern Studies from New York University and her BA in Middle Eastern and Asian Languages and Cultures from Columbia University. Currently, Helena is working on a chapter for an edited volume, which explores the ways in which Muslim American women’s groups that function primarily online contribute to the production and circulation of new forms of knowledge designed to destabilize mainstream notions of gender, class, and politics within a postmodern context. Some of Helena’s research has been featured in the recently published Encyclopedia of Asian American Folklore and Folklife (ABC-CLIO, 2010).

Her research interests lie in the processes by which Afghan immigrants and their children in the diaspora position themselves as members of an “Afghan community” and broader implications of the politics of self-representation and self-positioning within multicultural polities, as well as how collective belonging is created, reinforced, and deeply contested in diasporic literature. Helena is also Director of Research for Femin Ijtihad, an organization that aims to share analyses of academic scholarship on Muslim women’s rights to activists working at the grassroots level. On the side, Helena works as a Program Assistant at Global Language Project, a non-profit that aims to offer foreign language instruction in NYC public schools.

More Writers To Be Added! Submit Your Profile!

Here are some photos from past events: